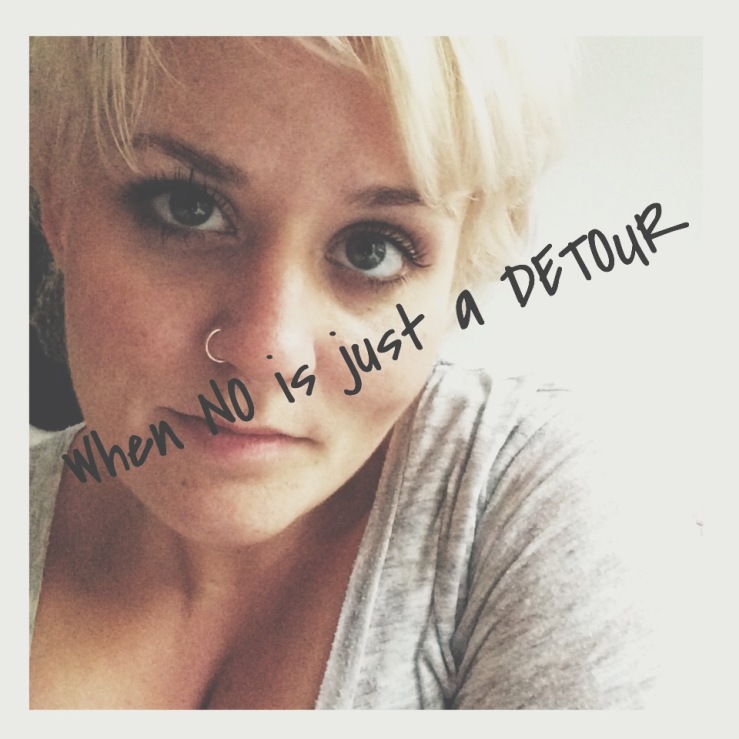 Have you ever had someone turn you down for a job?

Perhaps you asked someone out and they said no. Or perhaps someone asked you out and then decided it wasn’t the right thing.

Maybe you didn’t get into the college you wanted or get to go on that trip you really wanted.

It could simply be that you were not allowed to go to a friend’s house when you were a child or something as complex as a move to another country that never happened.
Big, FAT NOs.

When NOs come around I’m reminded of the Paul and Silas in Acts 16:

And Paul and Silas passed through the territory of Phrygia and Galatia, having been forbidden by the Holy Spirit to proclaim the Word in [the province of] Asia.

And when they had come opposite Mysia, they tried to go into Bithynia, but the Spirit of Jesus did not permit them. So passing by Mysia, they went down to Troas.

[There] a vision appeared to Paul in the night: a man from Macedonia stood pleading with him and saying, Come over to Macedonia and help us! And when he had seen the vision, we [including Luke] at once endeavored to go on into Macedonia, confidently inferring that God had called us to proclaim the glad tidings (Gospel) to them.

Paul got a LOT of NOs…my gosh, the Holy Spirit even forbid him to go one place!  Even so, ALL those NOs lead him and Silas exactly where they were supposed to go…

I’m writing this in the midst of a no. I am not sure where this latest no has me headed but I know that it’s something great.

I know that whatever God does, it endures forever; nothing can be added to it nor anything taken from it. And God does it so that men will [reverently] fear Him [revere and worship Him, knowing that He is]. That which is now already has been, and that which is to be already has been; and God seeks that which has passed by [so that history repeats itself]. Eccelsiates 3:14-15

A few years ago I was in a situation that was keeping me in London. Few know that around September/October 2011 I felt the desire to leave London. The funny part was that I had no idea where that was going to lead, I only knew that I no longer felt that London was where I was supposed to be. However, circumstances in my life changed that had me stay in a London longer than I expected. So, where’s the no? Well, it came in a huge crash of reality when the circumstances that kept me in London suddenly came crashing away and I was free.

You see, I thought that those circumstances were my future. I believed that the relationship I was in was it, at least then. When God placed a big fat NO across it and it all ended He very suddenly and very rapidly changed my circumstances and less than 5 months later I lived in a new country.

In hindsight I can now see clearly where the NO was simply a redirection.

How often do we feel that a NO in our lives is unfair, hurtful, painful and just darn mean? Instead, can we dare to reframe our view and see a NO as a means to our destiny?

In the past weeks I have gone to more than my share of incredible job interviews. I have had rave reviews and fabulous encounters with some seemingly amazing opportunities. I have even been offered a role, a dream role, all of which have suddenly become NO.

I’m writing because I had a revelation, or maybe a reminder of how we should treat the NOs in our lives.

This is my prayer in the desert

When all that’s within me feels dry

This is my prayer in my hunger and need

My God is the God who provides

And this is my prayer in the fire

In weakness or trial or pain

There is a faith proved

Of more worth than gold

So refine me, Lord, through the flame

And I will bring praise

I will bring praise

No weapon formed against me shall remain

God is my victory and He is here

Instead of whining, crying, screaming…pray, give thanks.

I am so thankful that one of the biggest NOs in my life happened. Sure, in the moment I was a mess, more a mess than I care to admit, but it lead me to this life I am leading now.

Where have your NOs taken you? I challenge you to take a minute and think, reflect on the NOs in your life. What has come out of them? What victories? What celebrations? What amazing new experiences have you encountered or who have you met because of a NO?

Then…thank God for the NO.

Error: Twitter did not respond. Please wait a few minutes and refresh this page.